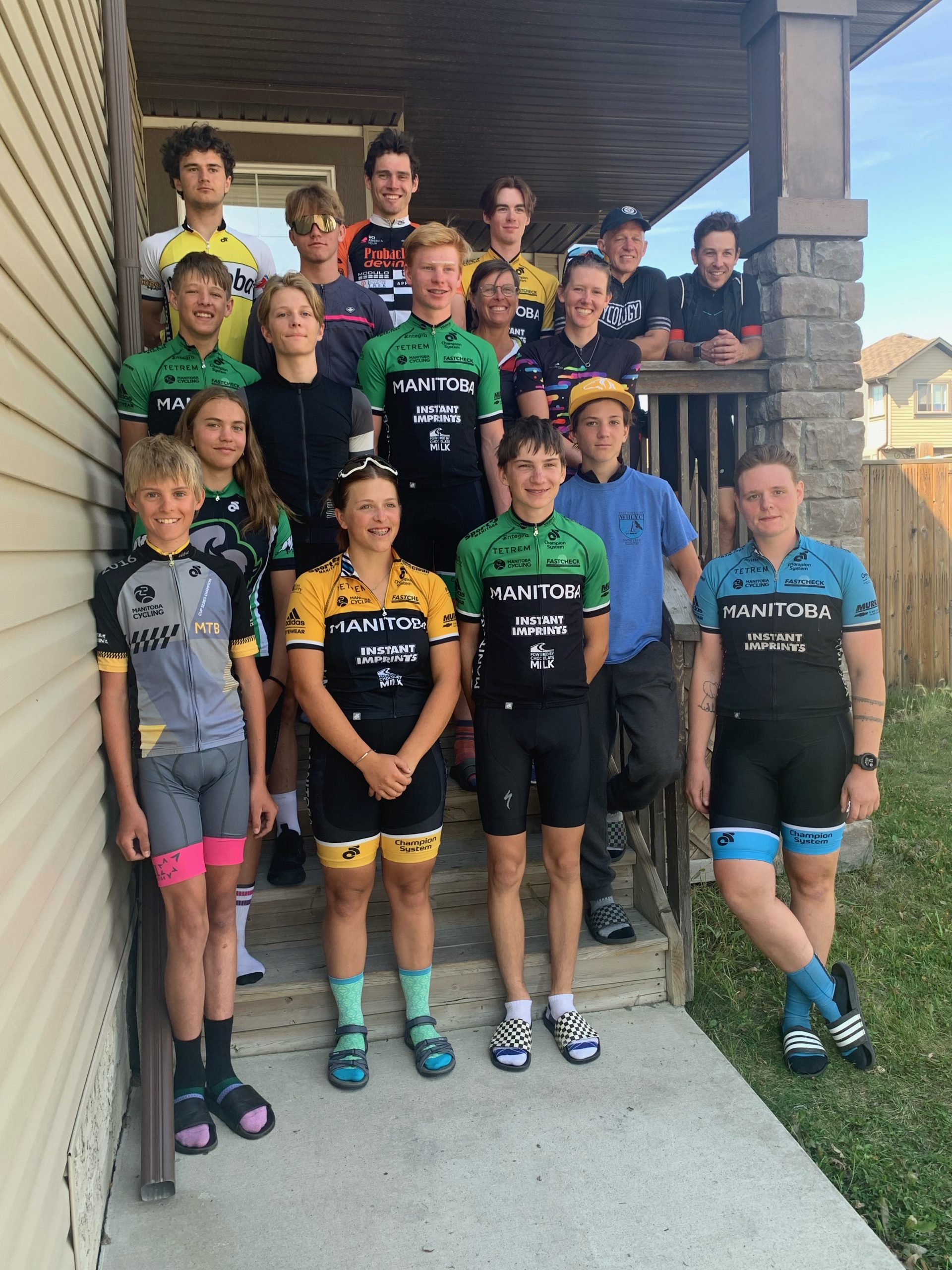 This week marks the seventh annual National Coaches Week and we would be amis not to acknowledge Mary Prendergast and the tremendous effort she has put forward in support of the Provincial Cycling team in Manitoba.

Mary began speedskating at the age of 5.  She started her cycling debut at age 11 in the Kids of Mud program with the Olympia cycling club on St Mary’s Road.  By the age of 12, Mary joined the Provincial Cycling Development Program, where she trained hard and earned her spot as an athlete on the Performance cycling team. She participated, as an athlete, in the Canada Winter Games for speedskating in 2015, and in the Canada Summer Games for cycling in 2017.

Mary’s coaching pathway started at the grassroots level in speedskating in 2013. By 2016 she became head coach for the St. James speedskating club. In 2017, she began her cycling coach training.  For the past 4 years, Mary has been advancing her cycling coach credentials and professional development through the NCCP program levels.  During this time she also continued with speedskating eventually becoming a mentor coach the 2019 Canada Winter Games, as well as a coach for the 2019 Manitoba winter games. Mary is working on completing her “Comp Dev” training for cycling and has her sights on the  2022 Canada Summer Games in Niagara where she and the team will represent Manitoba and prepare to compete against the best in Canada!

In addition to Mary’s cycling coach career, she also works CAF (Canadian Armed Forces) as an orderly room clerk with 38 CBG (Canadian bridage group) HQ.  WE ARE Soooo PROUD OF YOU MARY!!!

Coaching is a lifelong journey.

It requires an ongoing, voluntary, and a self-motivated pursuit of knowledge.

Please join Manitoba Cycling in celebrating Mary Prendergast and the  positive impact she has had on our athletes in Manitoba #ThanksCoach.