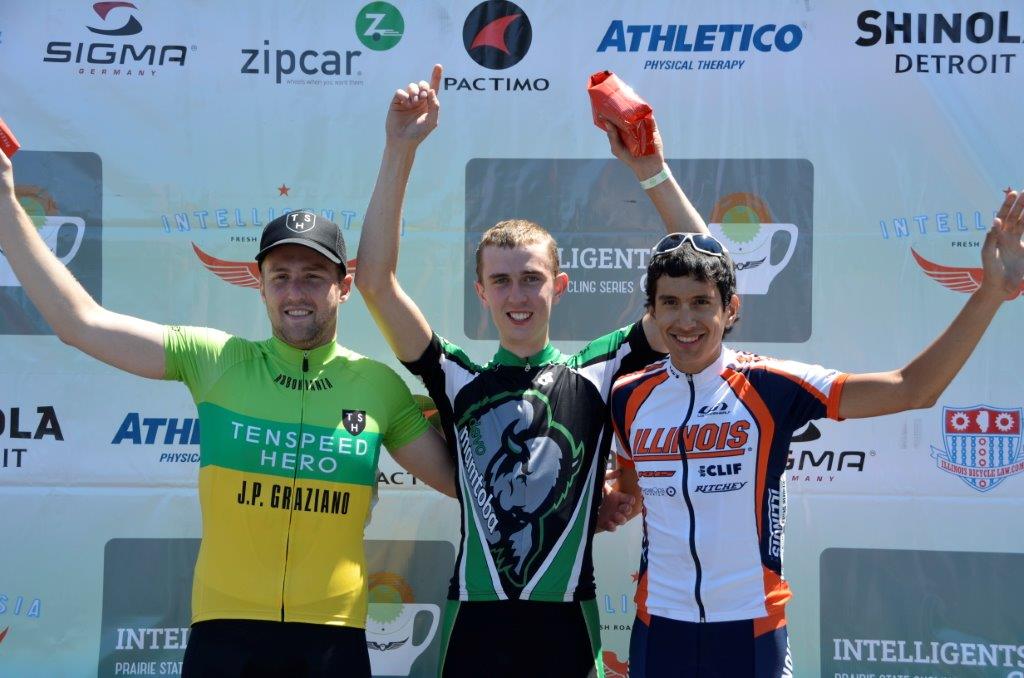 The Provincial team is racing at the Prairie State Cycling Series this week in Chicago and has already left their impression on the peloton for the days to come.

The Cat 4/5 men was 3 laps of a 15km course.  On the third lap, Kristian & Kailen made some moves that didn’t stick, but allowed a counter attack by Jason to get away and get up to 45 seconds at one point.  The other boys worked hard in the pack to block and slow down the race for Jason and his breakaway partner.  By the finish, they had 20 seconds on the pack and Jason took the win. The other boys, tired from their hard lap of blocking, finished way down, but their hard work allowed us to take the win today.

Cat 2/3 Men was 4 laps of the 15km course.  Danick Vandale and Oliver Evans were controlling the pack most of the day. At the end of the 2nd lap, Oli got away solo and then had two others bridge up to him.  They eventually got caught and the pack stayed together for a group sprint finish.  Danick went hard early and looked like he was gonna win, but faded just a little at the end and finished 2nd by half a wheel length.  Oli finished 23rd.

Friday to Sunday the team is back at it with 3 days of criterium races.