The Toronto 2015 Pan Am Games Torch Relay will be in Winnipeg this coming Monday, June 22.

Cycling’s, 14 year old Rebecca Man will proudly carry the torch on her Mountain Bike across the Provencher Bridge. 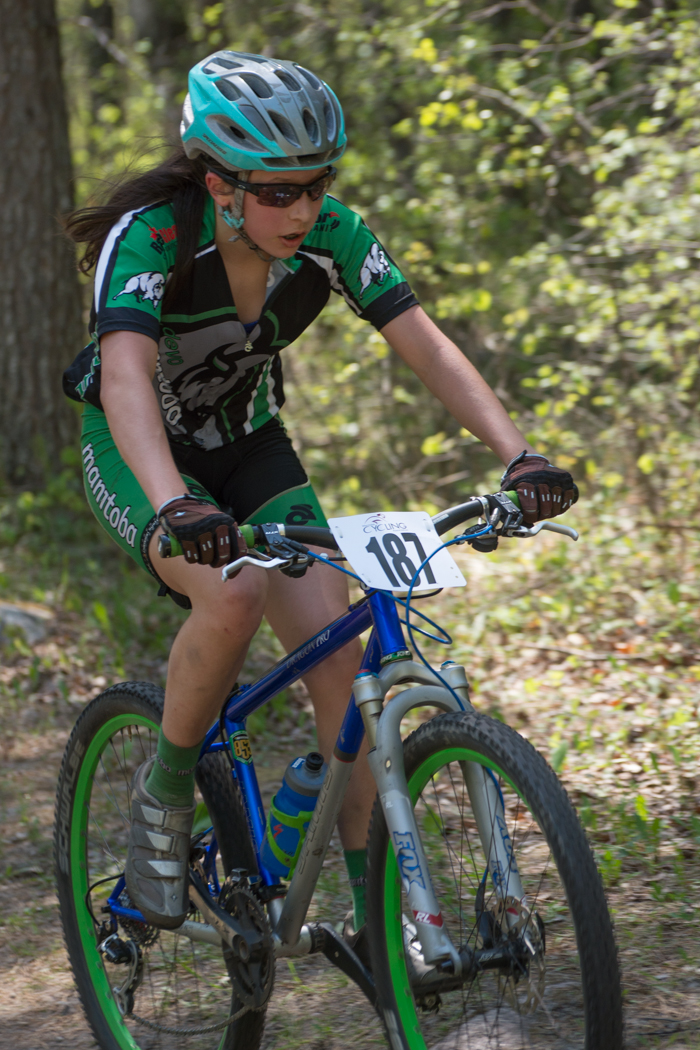 Becca joined the Alter Egos Kids of Mud Club when she was 6 and has been racing her mountain bike every year since.  In the summer of 2012 she represented Team Winnipeg at the Manitoba Powersmart Summer Games, experiencing her first big racing event.  By 2013 she joined the Provincial Development Cycling Team.  In the 2014 season she was the Under age 15  Manitoba Cup winner in mountain biking.  The season ended on a high note with her finishing 5th in the Cyclocross Nationals at the Forks and receiving top Female honours in the Under Age 17 Mountain bike category for the 2014 season.  In the future, Becca aspires to make the Performance level of  the Provincial Cycling team.  She hopes to compete in the 2017 Canada Summer Games in Winnipeg and race on the Mountain Bike course that her Father designed.

About the Pan Am Torch Relay:

The Pan Am Games Torch Relay will be a 41-day journey uniting the 41 Pan American Nations. Deeply rooted in history and tradition, the Pan Am flame was lit in May 2015, during a traditional ceremony in Teotihuacan, Mexico, before it made it’s way to Canada. June 22 in Winnipeg will mark Day 23 or the Torch’s journey. It will make its final stop on July 10 to commence the Pan Am Games at the Opening Ceremony in Toronto.

The flame will arrive in Manitoba from Ontario on Monday June 22 where it will visit several sites including CFB Winnipeg, Winnipeg City Hall, and the Forks. Rebecca Man will be carrying the torch from the Human Rights Museum over the Provencher Bridge at approximately 12noon on Monday, June 22.  For more information on the Day 23 relay route, please visit the  interactive map.