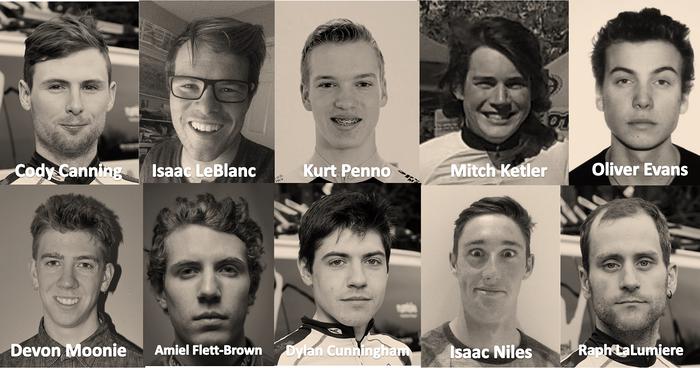 All these young promising cyclists  have a common goal –  to transition to the professional ranks of cycling.

Three (3) out of the ten (10) cyclists selected for the 2016 Russ Hayes Cycling Team (based out of Victoria, BC) are made in Manitoba athletes!

Manitoba Junior Criterium / Time Trial Champion, Western Canada Summer Games Silver Medalist, and former Junior National Cyclocross Champion Oliver Evans, will also return to the team and make Victoria his permanent home as he continues on a wave of success as one of Canada’s top U19 road and cyclocross racers.

Joining Oliver will be fellow U19 ‘Toban racer’s, Kurt Penno and Mitch Ketler.  Penno won the Western Canada Summer Games road race this past year. He was also 4th at the Tour de la Releve du Rimouski – Stage 2 Road Race (2015), 2nd U17 Cross Nationals (2014), and 1st at the Manitoba Provincial U17 Time Trial (2015). Ketler was 1st in the Manitoba Grand Prix of Cyclocross (2015) and 5th at the Western Canada Summer Games Time Trial (2015)

To make a tax deductible personal donation to the team, please click (Here)