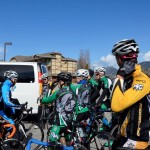 Congratulations to Jayson Gillespie – Team Manitoba’s Provincial coach who has been nominated for the Learn to Train-Train to Train (Previously called Developmental) – Dr. Jack Hunt Award.

This annual event celebrates Manitoba’s best coaches. Awards are designed to acknowledge the contributions coaches have made to their sport and athletes in leadership, personal development, and coaching effectiveness.over a number of years.