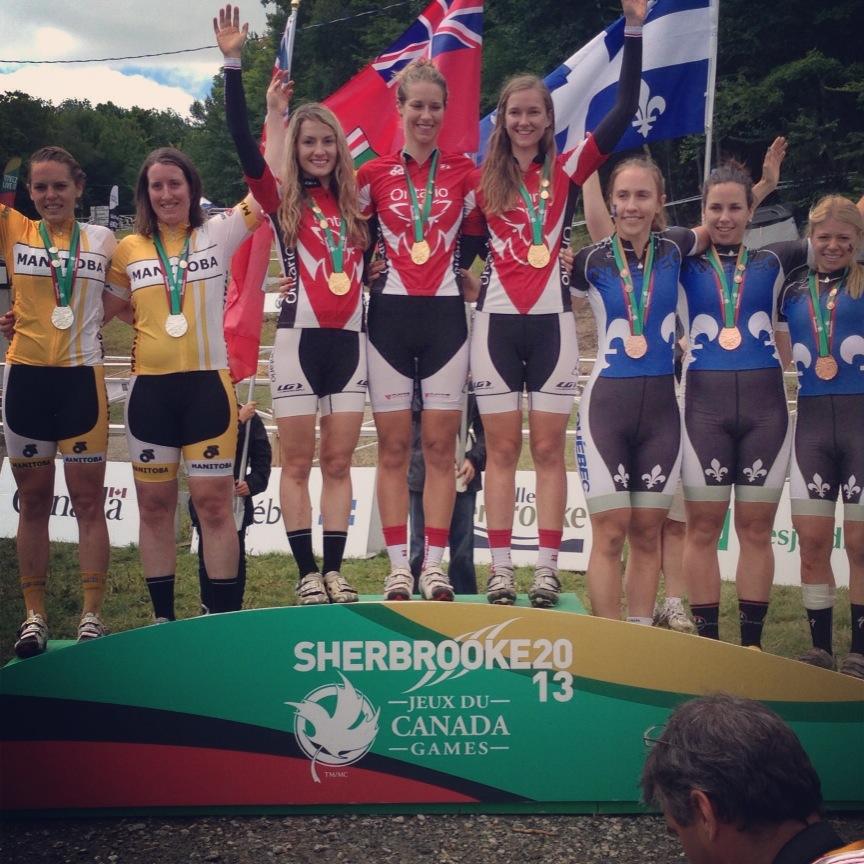 Congratulations to Silver Medalists Anna Schappert and Karlee Gendron who competed in the MTB Relay at the 2013 Canada Games in Sherbrooke on Monday.

The Manitoba girls only had two riders, which meant they had to race twice.

Although they got off to a slow start, Karlee eventually caught up to third and was able to move into second by the time she handed off to Anna. Anna put in a stellar lap and came through with Quebec snipping at her heels. The adrenaline was pumping as Karlee took over in the next lap, battleing it out with  Frederique Trudel.  Frederique got ahead on the last climb, and Karlee knew the last descent was the only chance to make up time. Karlee did the descent 23 seconds faster than the previous lap,  came flying out of the bush right on Frederique’s wheel, and was able to power up the gravel road, de and sprint to the line for Second!