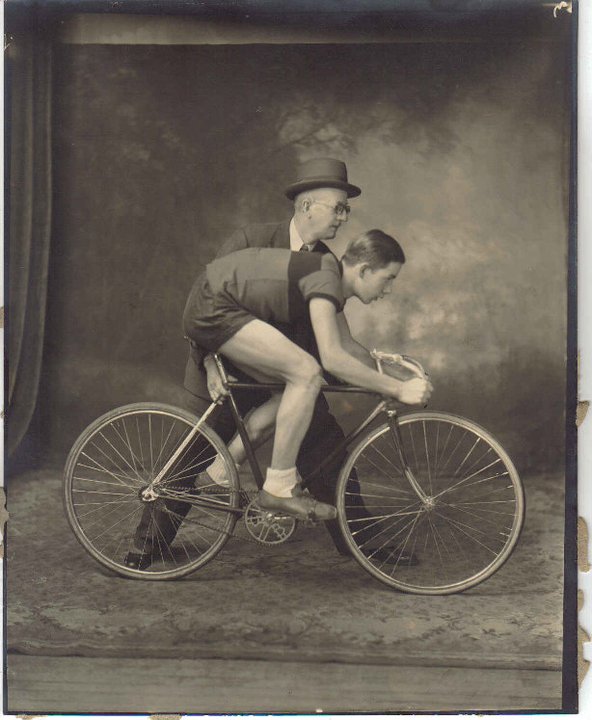 The Cycling Community has lost a legend this weekend.

Erick Oland Sr. was the founding Director of the Manitoba Cycling Association, a champion cyclist, and a strategic builder of cycling in Manitoba.

Mr. Oland competed in cycling for 15 years before retiring at age 27. He held the title of Canadian Champion 3 times. In 1947 and 1949 he was the best one mile racer in Canada. In 1950 he won the Canadian 100 km Championship and was named to the British Empire Games (now known as the Commonwealth Games) where he finished 6th in the 10 mile event in New Zealand.  In the same year he set the Canadian 100 km record at two hours nine minutes and the Manitoba five mile record at nine minutes 20 seconds.

He dominated the Provincial cycling scene including winning the Prairie Provincial overall championship twice (in 1940 as a junior and 1943 as a senior) and was the overall Manitoba juvenile and junior champion from 1936 to 1940. He won the Manitoba overall senior championship 3 consecutive years from 1941 to 1943 and again in 1950 and 1951. From 1947 to 1949 he finished second overall.

Erick Sr. went on to serve as President of the Manitoba Cycling Association from 1968 to 1970 and was a Director of the Canadian Cycling Association from 1979 to 1981. Erick Sr. coached his son Erick Jr. to begin an outstanding cycling career in his own right. His son was a Canadian Junior overall track champion and third in the road race. He also spent time on the national track pursuit team until 1981.

Erick Oland Sr. was inducted into the Manitoba Sports Hall of Fame in 1985.

Mr. Oland eyes lit up when he would come to Assiniboine Park to see the Provincial team compete. He never lost his love for the sport. He will be sadly missed by his friends and family in the cycling community.

Our heartfelt sympathy goes out to the Oland family.

(Picture Above: Erick Oland Sr on bike with his Father)