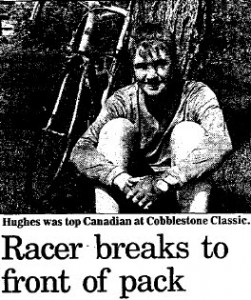 Clara won multiple medals at both the Summer and Winter Olympic Games competing in cycling and speed skating. She is an Officer of the Order of Canada, is inducted into Canada’s Sports Hall of Fame and was also honoured with a star on the Canadian Walk of Fame.

In honour of Clara Hughes joining the 2012 class of inductees this Saturday, November 3rd, we invite you to share your stories and memories with us.  Please contact the MCA office at cycling.ed@sportmanitoba.ca or call us at 204.925.5686.