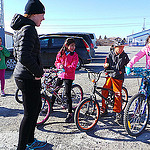 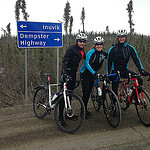 Clara Hughes arrival to Manitoba is only a few days away!

Her “Big Ride” across Canada to raise awareness for Mental Health commenced in Toronto on March 14th and will conclude in Ottawa on July 1.

Clara’s Big Ridewill visit every province and territory in Canada to grow awareness and action in mental health and to help end the stigma around mental illness. Her Ride began March 14th in Toronto and will conclude on Canada Day, July 1, in Ottawa.

Clara’s Big Bide is an enormous task, even for an Olympic athlete.  She will cycle between 75 and 225 kilometers, 6 days per week, for over 3 months, until she travels the full 12,000 kms.   An average of 150 kilometers each day, regardless of the weather, road conditions or mountains!

But the ultimate goal for Clara’s Big Ride is to engage the communities along the way and their youth in conversations about mental health.  Clara is working extremely hard to help end the stigma around mental illness. Clara’s Big Ride will also showcase and support the work and value of local mental health organizations across Canada.

Ms. Tessa Blaikie, from the Canadian Mental Health Association – Winnipeg Region is the “Community Champion” for the events in Winnipeg.  And what a fun-filled day June 14th will be!

Part of Clara’s personal journey was to heal through sport.  Clara’s initial choice was cycling and speed skating, but people attending the events on June 14th will see lots of other ways to take care of their own mental health.

At the Clara Hughes Recreation Park (CHRP), 281 Henderson Ave, Winnipeg (about three blocks north of RedWood Ave) Moksha Kildonan will start Clara’s Carnivalwith a family friendly Yoga class at 11:00 a.m., “to relieve tension, to prepare for being ‘open’ that day, and just to do good things with our body” says Tessa.   Moksha is sponsoring Yoga throughout the day, and lots of prizes at the social in the evening.

There will also be an “Interactive Art Project” run by Art Beat Studio using painted bike parts to create a mural sponsored by Western Safety Sign.  If all goes well, it will be mounted on one of the busiest streets in the Winnipeg….Portage Avenue.

“Everyone in Winnipeg and all of rural Manitoba is welcome to this huge celebration of Clara at the Park.

At 4:00 p.m., things will be winding down at CHRP with a relaxing Yoga class, and a well-earned break before the evening’s festivities.

But at 7:00 p.m, at the Manitoba Museum, “Clara’s BIG Social” will kick off for a super fun evening!

Not a typical, Manitoba social, that’s for sure:

“Clara’s BIG Social is a family-friendly event.  Everyone from toddlers to the octogenarians  can come out and enjoy the amazing space at the Manitoba Museum and the wide variety of activities.”

“The keynote speaker will be Clara Hughes, of course.   But there will also be numerous local performers, hosted by Big Daddy Tazz, who is a local comedian and hero to many for how he reduces the stigma of mental health through his performances about living with bi-polar disorder.”

The social will feature two super-cool walls created by Po-Mo Interactive.   The first is a high-tech dynamic wall which interacts with the tweets people post. Everything that is tweeted #ClaraWpg will be thrown up on this wall along with images of Clara cycling. The tweets will show up beside her, and participants can talk about anything – their own mental health experience, photos of their day, whatever they want.  People will be able to tweet interactively.

“The other Po-Mo wall in the dance hall space will move with the participants. If you do the Macarena, then a stick version of yourself will appear on the wall doing the Macarena. If you do the worm, then an interactive bubble version of you doing the worm will show up. It will be super fun, with everyone playing around in that space, or catching the live bands performing in the Cabaret, lots to do.”

Clara’s BIG Social tickets ($15 each) are available at:

For event details in your towns and cities please visit:  http://clarasbigride.bell.ca