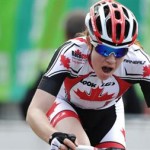 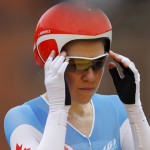 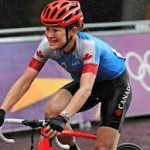 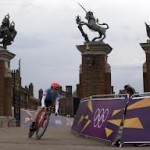 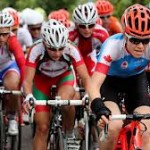 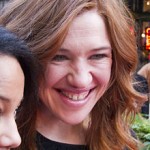 Clara Hughes ended her Olympic career in true Clara fashion – with grace, humour, humility, a big, beautiful smile and knowing that, as always, she gave the competition everything her aching body could muster.

Two months short of her 40th birthday, Hughes put in a fine performance in the cycling time-trial event, finishing fifth in a field of 24 of the fastest women riders on the planet. Her time was just 30 seconds short of a bronze. If she had placed third, her Olympic medal tally would have climbed to seven, one more than Canadian speed skater Cindy Klassen.

Since the beginning of her athletic career, Clara has held a special vision of what sport could be. Her pursuit of excellence has carried her to the top of her field in both cycling and speed skating. Her determination, dignity and integrity are forces which have driven her to go beyond what most people consider reasonable limits.

She has pursued her dreams through the world of sport, yet her ultimate goal has always been to motivate youth and inspire hope in others through her actions.

By setting an example of sportsmanship and creating a supportive environment in every team she has been a part of, Clara has supported and aided in the growth and development of many young athletes. She has never lost the connection of what it was like to be inspired for the first time in her life. This inspiration came when she was sixteen years old, and it came from sport.

Clara has always believed that knowledge becomes wisdom when it is shared with others. By remaining open to learning, open to growing, and most importantly, open to being inspired, she has shown what it’s like to live one’s dreams for over twenty years in sport.