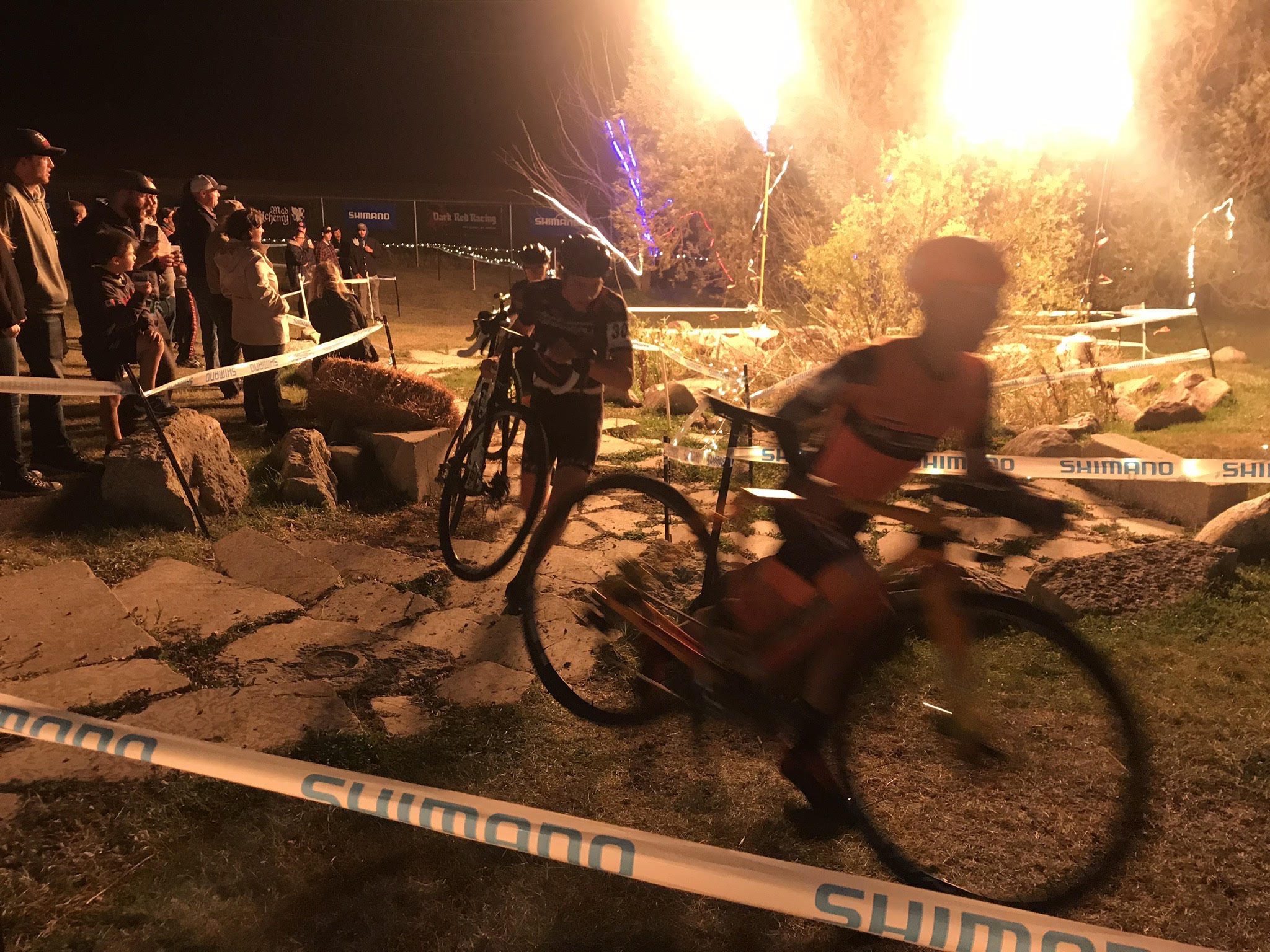 Okay, perhaps cycling is not what Winnipeg is best known for. However, when it comes to cyclocross, most provinces could learn a thing or two about throwing down and celebrating bikes like this underrated province smack-dab in the flattest part of our country.

You may have heard of Darkcross. If you haven’t, book a flight or mark your calendar for a road trip to Winnipeg next September. The organizers of Darkcross are the same ‘cross lovers that made ‘cross nationals an unbelievable reality in 2014 and 2015. If nothing else, Darkcross is a great indicator of the energy and excitement surrounding ‘cross in Manitoba. Just check out the photos from the event.

Cyclocross in Manitoba is where my love for cycling really started to show. As much as I love riding in circles in mud, snow and sand, and jumping over pieces of wood, what took hold of my heart most is the cyclocross community—a group of people passionate about bikes being fun.

Manitoba’s cycling population is small, but the cyclocross community is by far larger than any other discipline in the province. Families, first-timers, hipsters, mountain bikers, road racers and couriers all come together once every week for eight weeks to race and watch. There comes a point though, where the depth just isn’t quite there for Manitoba’s most elite level racers to have true competition.

When I lived in Winnipeg, towards the end of my stay, my teammate Danick Vandale and I would regularly be off the front of the group racing our own race. Well, he’d be riding ahead of me to win and I’d be riding in for second place a bit behind. Eventually, our coach started giving us small ‘handicaps’ such as starting in the back of the field or standing in the pit to wait for some racers to pass by. Three years on, Vandale is far stronger than we were back then.

This past weekend, Team Manitoba coach Jayson Gillespie had Dan splitting wood part way through the Southern Cross race in Altona, Man. As the race rode away from Vandale, he prepared firewood to keep the Southern Manitobans warm that night. What shocks me is his efficiency, form and composure throughout. Although, he did knock one piece over without splitting it, which I believe is cause for a 30 second penalty and a charge of 700 Swiss Francs according to the UCI.

This recent mid-race display of virility has been cause for some controversy in Manitoba’s ‘cross community. Comments on Facebook question whether he had steel-toed cycling shoes, how he got away with missing a piece of wood and a general curiosity as to how he’s so good at it. I’m just wondering where his plaid shirt is and why he didn’t split more.

Despite the uproar, this event is a true testament to the Manitoba cyclocross community. I miss it. I love it. It’s healthy, wholesome and pure. And now, it will also be a little warmer.

The wood-splitting fiasco is one of many challenges Vandale has faced. Earlier this year, Vandale and two other top racers, Mitch Ketler and Ness Dalling, had to each eat a quarter of a pumpkin pie mid-race. Reports suggest that Danick hates pumpkin pie and had to ride the race at 50 psi, while Mitch was on a single-speed. At other races, they’ve had to run a full lap carrying their bikes or wait for the other racers to complete their first lap before they could start.

The three have always been great sports when facing these challenges. It’s important to note that these guys are all very humble. While they’re super quick, they are very down to earth and excellent ambassadors of the sport.

What are your suggestions on what their next handicap should be? Laying bricks? Caber toss? Knitting a scarf? They have one more race this year and I can’t wait to see what challenges lay ahead.