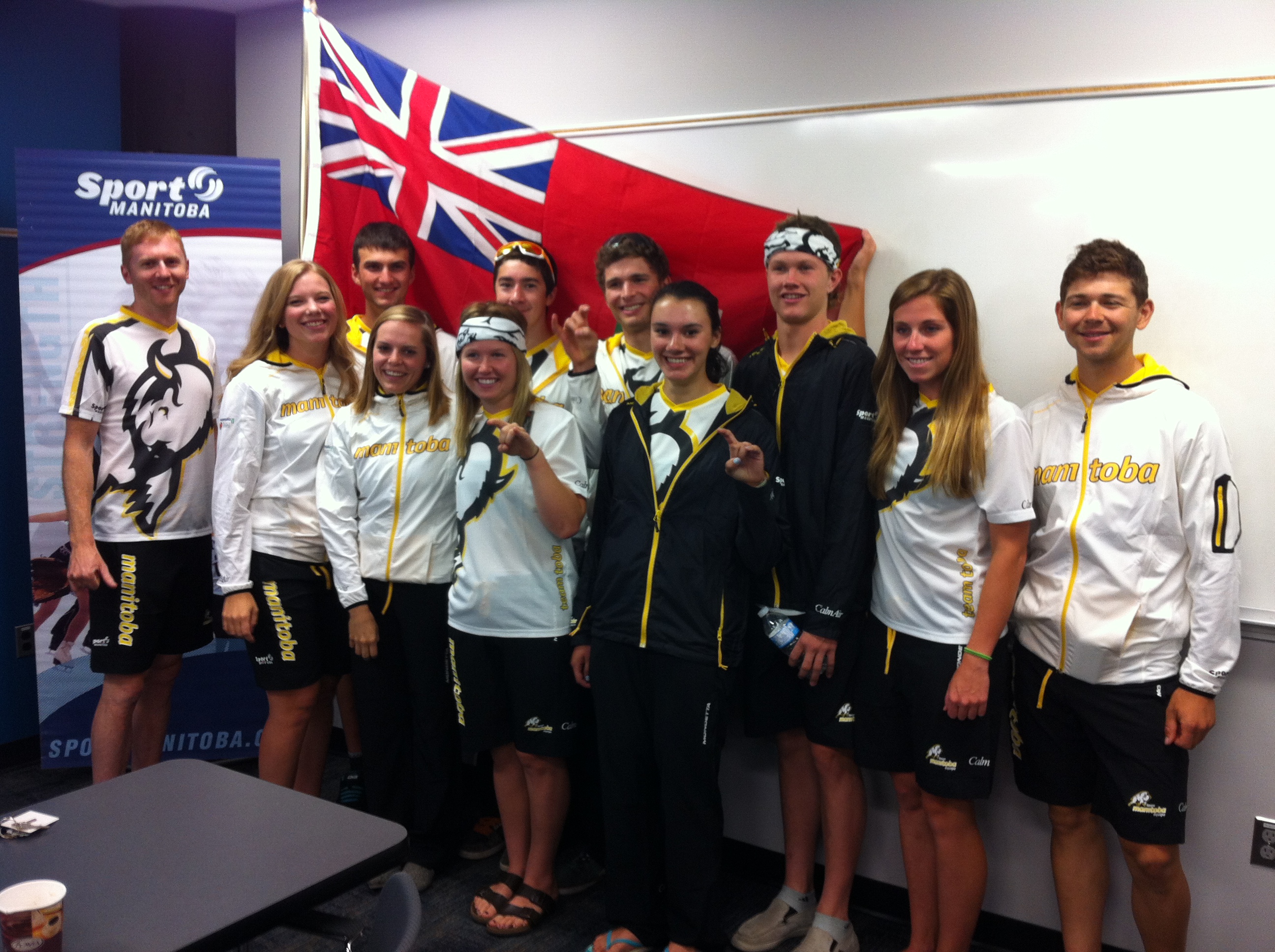 The Manitoba Cycling Association is proud to announce the athletes that will represent Team Manitoba for Cycling at the 2013 Canada Summer Games in Sherbrooke, Quebec.   Cycling will take place over both weeks of the games for the first time this year, with MTB taking place during the first week (August 1-10), and road events happening during the second week (August 10-18). Congratulations to Karlee Gendron who will be Team MB’s Flag bearer.

Team Manitoba has been involved in numerous projects and camps over the past 2 years in preparation for these games.  It is a huge accomplishment for these athletes to have been selected and representing the Province of Manitoba.

We would like to extend a Special thanks to our Canada Games Support team : Dori Boersma (Manager), Dan Peters (Mechanie), and Jim Prendergast (Mission Staff).

The Mountain bike team will compete in 3 events during the first week of the games – Cross Country, Team Relay and Sprint event.   The team will be made up of 6 athletes (3 male, 3 female) and 3 staff:

The Road team will compete in 3 events during the second week of the games – Individual Time Trial, Road Race and Criterium..   The team will be made up of 10 athletes (5 male, 5 female) and 4 staff:

We are proud of our athletes accomplishments to date ! We know they will have an amazing experience in Sherbrooke and we wish them the best of luck as they compete with Canada’s best.