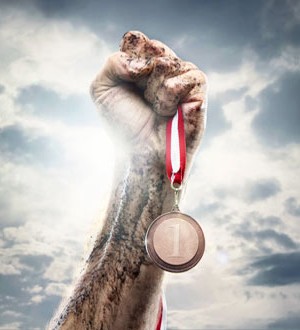 The 2013 AGM and  Awards Banquet was held at “The Roblin Centre” at Red River Community College on Saturday, November 9.

Please join us in welcoming Brendan Cade to the position of Road Coordinator on the MCA Board of Directors replacing Kim Mitchell.   Board positions: President, Vice President, and Secretary are yet to be filled. If you or someone you know are interested in one of these positions please contact the MCA office at 204-925-5686 for further information.

We had record attendance at the Awards Banquet with 150 attendees.  A special thanks to host – Steve Scoles, photographer – Stefan Isfeld, and the staff at the RRCC for the fabulous meal and great venue.

Congratulations to all nominees and Awards Winners !

53 Certificates of Merit given out to our Provincial Champions and Performance/high Performance Provincial team members. 1 Bronze and 3 Silver Medals were presented to National Team members who represented Canada at International events this year.  Congratulations Willem Boersma, Ari Robinson, Chris Prendergast, and Leah Kirchmann.

The 2013 Cup points winners of the “Manitoba Cup series” are listed (here).

A special, Erick Oland Memorial award was presented to an Athlete in the Provincial Program who demonstrated the qualities that Mr. Oland Valued : leadership, passion, humility, and dedication. Congratulations to recipient Oliver Evans.

Jim and Joyce O’Brien were honoured for their years of dedication to cycling including: officiating, organizing, and athlete development. They were the key organizers that brought us the “Cobblestone Classic” which attracted 25,000 people, took 3 months to organize, required a 100 volunteers, and brought top notch athletes and teams to Winnipeg from all over the world.  See Video click (Here).

Thanks again for a great season of racing.  These are exciting times for Cycling in Manitoba.  Our province has been officially awarded the Cyclocross Nationals bid for 2014 and 2015 – the first National race in over 18 years.  We will be participating again in the Youth Manitoba Powersmart Summer Games  in 2016.  The 2017 “Centennial” Canada Summer Games will give us all the opportunity to profile our sport and our Athletes.

Winnipeg will also be hosting the Winter Cycling Congress in 2014 and there seems to be more people on bikes than ever before. We have a Provincial team who is growing in numbers & talent. A Kids of Mud club program with over 300 participants that sells out in days. The committment of officials, coaches, club organizers, and volunteers are instrumental in the ongoing success of the community programs and events that are offered.  Thank-you to everyone that contributed to these efforts in some way in 2013.